Roll over image to zoom in

It is generally accepted that combination sets were used in the late 1950s and early 1960s Combination set for disassembling missiles disassembly were a result of advances in electronics, computers, sensors, avionics, and, to a lesser extent, rocket and turbojet propulsion as well as aerodynamics.

There was a common technique that allowed missiles to point themselves in the desired direction, namely deflection or deviation of aerodynamic surfaces such as tail fins, reaction jets or rockets, and thrust-vectoring.

Let Our Customers Speak For Us! I Woke Up Like This - Nail Polish Shaped Handle Ceramic Coffee Tea Mug Cup Drinkware
Is it worth it?

yeah! it is, i recently got my new skateboard from supa.pk online, and surprisingly the quality of their board is actually pretty impressive, moreover the grip is amazing, the trucks are sturdy and im sure I wouldn’t get a better skateboard than any skateshop but supa.pk. 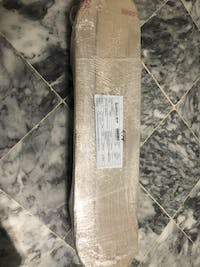 I placed an order 3 days ago and just received it, it was more than very well packed and exactly same thing shown in pictures and it was delivered on time as they said, really happy that i have ordered it. Delivered in 2 days. Satisfied with the delivery. Quality seems goods.lets try it. A to Z 31 inch Professional Skateboard With Grip Tape