Children nowadays have learned to use objects, ideas, and actions to represent other objects, ideas, and actions using their imagination skills for assigning roles to people and objects. It is very important to know what pretend toys are. A form of symbolic play is known as pretend play, and the toys used during this play are known as pretend play toys. Children start to develop their cognitive skills at a very young age as normal broomsticks start to become horses for them. They start to assign their toys some roles. It is found that preschoolers, ages 3–5, are much more capable of imagining roles while pretend playing. They assign roles to their inanimate toys and themselves, becoming more social and developing a make-believe world. They sequence their roles according to a predetermined plan and start pretending in their roles.

A child's play includes imitation. Fantasy and drama as they grow cognitively and socially and improve their language skills. Dramatic play is where a toddler pretends to be someone else, mostly someone they admire; they imitate their actions and speech as they have previously observed them doing. Involving another person in this drama becomes a sociodramatic play. This is the most advanced form of symbolic play. It develops skills like listening, negotiating, taking turns, sharing, and respecting each other among children.

The very first phase is called "enactive naming." This stage doesn't involve pretending itself but showcasing of knowledge that they possess. Babies love to imitate the actions of the people they see around them, leading to the next step.

This stage starts at around 12 months and involves the first display of pretending. For example, a child may pretend to sleep or make noises while sipping from a cup to show that they are drinking. Toddlers in this stage love playing with toy replicas of household objects like doll houses and kitchen sets.

This stage begins between the ages of 12 months and 24 months. The child starts to involve others in their pretend play. This step shows a toddler's awareness of others being separate from them. At this age, babies also start to play with toys like dolls and consider them to be living beings that will have feelings. This behavior highlights the development of thinking skills as the child matures. During this pretend play, they are capable of experiencing things from someone else's shoes and different points of view. They also start to assign two different identities to a single object.

This stage involves the logical sequencing of a toddler's pretending. For example, if a child wants to bathe the doll, they will remove its clothes before bathing it. This is what the child has learned by observing others. This stage also strengthens their memory skills.

The final stage involves collecting props and materials needed for pretend play. The child will first develop an idea for the act and then plan accordingly. This phase engages high-level social skills. Children need to communicate well and allow others to play their roles properly for a common goal in this step. This requires compromising, persuading, and negotiating.
Tags: Pretend play toys, Pretend toys, Toys, Toys for kids
Share
Next article

A
Black & White Arrow Professional Skateboard With Grip Tape 31 inch Amna khan (Mardan, PK)
Is it worth it?

yeah! it is, i recently got my new skateboard from supa.pk online, and surprisingly the quality of their board is actually pretty impressive, moreover the grip is amazing, the trucks are sturdy and im sure I wouldn’t get a better skateboard than any skateshop but supa.pk. 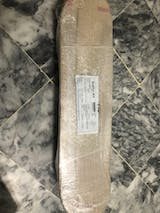 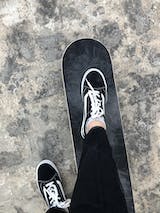